Wasn’t quite routine today. The first time Kathleen had Oxaliplatin she discovered she has an allergy to platinum. I guess buying her nothing but cubic xirconium jewelry over the years hid this little detail. Anyways, not a big deal as it means she just gets some shots ahead of time to deal with the allergic reaction. For whatever reason, it didn’t do the trick and she started to get some nasty effects. First a few hives, then a red nose and her tongue started to swell. On its own, its a little scary. Combined with a double dose of deximethesone (steriod) which amps up her emotions it was kind of tough on her. But amazing nurses. Its not like kath was freaking out, she was just a little scared. They know how to talk in a calming way and once the new meds took hold, all was better again and back on track. They are great at what they do.

Lots of visitors today. Our friend Diane is here from BC to visit and Kath’s friend Maria came to have a quick chat, as well as Elaine. A grey day outside. Kind of nice to watch through the big windows while ‘everyone is dripping’ as the nurses say.

Even with the allergic reaction, all went relatively quickly today and we got out at 4pm. A record. We tried to shorten it a bit by being a little proactive, but didn’t quite work out. Before she can take one of her drugs, she has to give a urine sample to test kidney functions. Sometimes that can be an issue timing wise, so they sent us home with a number of bottles that she could fill in the AM and then bring with her to get tested. Usually that takes an hour, so we thought if we dropped it off at 8am, all would be ready for 9am when Kathleen got there. As I had just finished a run, I thought I could just literally run it over since we are just one and a half km away from the hospital. Parking is always tough, so literally running it over is less hassle. Well, apparently no. In retrospect, I guess it did look a bit odd. 2m tall sweaty man dressed all in black, with the exception of freakishly bright neon yellow running shoes, coming in with a brown paper bag containing a bottle of pee. Normally, they have labels ready for her lab work and expect these things, but they got mixed up with the previous lab work. Plus the person working the desk was new and didn’t know who to call. What I thought would be a quick drop off changed into an increasingly longer parade of people each one making me feel just a little weirder than the last. By the end of it, I felt like I might as well have been wearing a giant purple squirrel suit. I mean, as each person would come out of their office, they would do a double take on me wondering, what the hell is jogger guy standing here with a crumpled brown paper bag. In the end, the secretary did take the bag/bottle, but by the time I got home, they were on the phone with Kathleen saying they could not accept the sample as they didnt know who I was. Oh well. Wont bother next time 🙂

It was really great to see Maria who was looking so much more energetic than the last time we saw her.

Its better. A lot better actually. Last week was pretty rough. The chemo symptoms were lingering and didnt want to go away in the usual time. Then Kath got a sinus infection last Thursday that was really knocking her back physically and emotionally. She usually gets them this time of year with all the weather changes and the furnace coming on for the season. But of course the combo of the chemo and the sinus infection made it pretty difficult. So anti-biotics and some goop to shoot up her nose. Of course the anti-biotics are moving through her guts like a Montreal hockey riot, so a return to the cramps and the WC is once again her favorite room. But then today was better. Her normal voice again, and back to a decent amount of energy. Enough to go to Wellfit and enough to go on a short dog walk tonight in the almost English fog.

But the best news was the positive reaction from the chemo doc this morning and the blood work. I dont think we will ever see him “excited” or “happy” or use words like “cured” … but he did say it was “positive” that Kathleen was “clinically responding” to the drugs. We will put that in the win column. There was some concern her platelets would be too low, but they were good too. So all is a go for her normal treatment on Friday. Feeling better heading into Chemo day is huge for Kathleen. Of course for me too.

Thats how many different drugs Kathleen had today. Sometimes she feels that she would fizz and blow up if she jumped up and down. All was on track today. No new drugs, so less chance of surprise and we got out just before 5pm. The nulasta ($2,600 drug from last week) did the trick and her white blood count is great. Platelets were low. 95 and they should be 100. Not a show stopper.

We lucked into the nice corner spot again. Although she looks a little tired in this photo, its more because we had to get up extra early to be there for the blood work.

New nurse again. They are all at least good, and most are great and of course there are standouts. Surprisingly quite a range of personalities too. You would think there would be a defined range as to who is able to work here. Empathetic, but not too much so. Today’s nurse is older. There is a very methodical way about her. By contrast, a young nurse often has a small flash of expression that says, ‘ok, what’s next?’, before taking her next course of action. Nothing of the sort for our nurse. She just moves effortlessly from task to task. An IV program complete alarm here, an occlusion alarm there. She glides from one patient to the other with a steadiness a robot would envy. Ironically, she encourages us to check her work and be active in our medicine, because she could make mistakes. Yet she is one of the more accurate ones. Does all the self checks. Does not cut corners. She walks so much more slowly than the younger nurse from a previous visit, but she is far more organized. Like a smart waiter/waitress who never makes a wasted trip, she fills up free hands with items for later use.

Results of Kathleen’s genetic counselling today. No Lynch syndrome. Kath is happy that her siblings and cousins dont need to worry, but at the same time she was hoping for some answers. I guess you cant help but wonder why, but she does not dwell on it which I think is good.

All in all, a better week than last. Although she had some 3 gravol days, there were some ‘two bag’ days which hasnt happened in quite a long time.

As in wishing you one and it was one. We had a wonderful dinner made by Elaine (Kathleen’s mum) on Sunday and spent today driving around enjoying the fall colors, mostly along the Grand river. Pics at http://goo.gl/zKeW0. Had a spot of lunch at the City Cafe on victoria with some wood oven made pizza. Delicious. We also stopped in to see our friend Jan, who is helping take care of her Aunt.

Some of the symptoms started to kick in from the Nulasta. A bit of ache in her bones, but pretty mild so far. Really, in the context of everything, its pretty easy so far. But even better, is for the first time in months, she was able to start the day without gravol– two days in a row now. I think the last time was 2 days before her radiation started way back in the summer. We are both excited (guardedly) by this….

Pre thanksgiving warmup at Ben Than 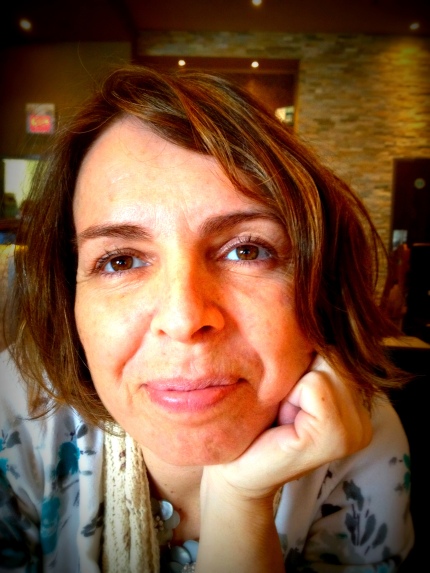 Drove around a little bit to see the fall colors and even went to Chapters to get some magazines. A nice improvement over the week!
Those eyes hooked me in 25yrs ago 🙂

I am not sure how people do it without insurance. I guess some dont. Kathleen through UofW has an incredible drug plan. Without it… Well, the retirement savings would be gone. Today she got a new drug http://en.wikipedia.org/wiki/Pegfilgrastim to help keep up her whiteblood cell count. If the count is too low, she cant take chemo. So, its kind of necessary. Below is a pic of the receipt. We paid five dollars. If we didnt have the ‘super awesome private drug insurance’ through Kath’s work… Well, you could buy a nice new Toyota Camry for a cycle. Click on the image to make it bigger to see the fine print.

The injection was done in 3 seconds… about nine hundred dollars a second. Eyebrows were raised while jaw was open.